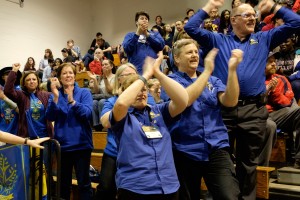 Our Mentors and Families Cheer us on! 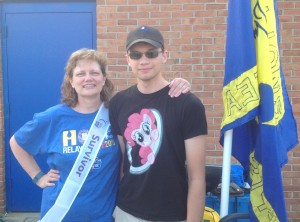 Mrs. Young at Relay for Life with alum Sam Young

Mrs. Rose Young – Lead Mentor –  has been with the Robo-Lions since the founding of the team in 2009.  She is a science and technology teacher, formerly at Liberty High School and currently at Glenelg Country School. In addition to her dedication to the Robo-Lions, she mentors four FTC teams at her school.  Mrs Young is an active member of  the Maryland FLL Planning Committee and the STEMaction Board and is the Treasurer of PIE3.  She volunteers at FIRST events for all four programs.  Mrs. Young formerly worked in acoustics research and as an engineer in the Navy. She is a graduate of the US Naval Academy with a BS in Physics, and she also has an M.S. in Applied Physics from Johns Hopkins University and an M.S. in Curriculum and Instruction from McDaniel College.  Her two sons are Robo-Lion Alums with Engineering and Information Technology degrees from University of Maryland Baltimore County. 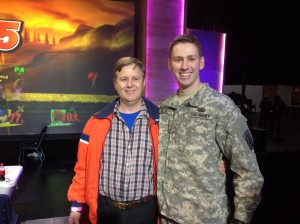 Mr. Wayne Fuller – Construction Mentor – has been with the Robo-Lions since 2009, following his son Preston, a team alumni, from FIRST Lego League.  Wayne is a Program Manager with the prestigious technology consulting firm Booz-Allen-Hamilton which is a major team sponsor.  Both of Wayne’s kids Preston and Abi held numerous important positions with the Robo-Lions.  Preston is an Army Paratrooper attending the United States Military Academy at West Point and Abi is attending South Dakota School of Mines studying Industrial Engineering. 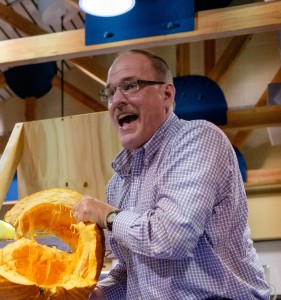 Mr. Tom Milnes – Systems Mentor – has been with the Robo-Lions since 2010, following his son Tommy, a team alumni, from FIRST Lego League. He is a Principal Mathematician and the Navigation Modeling Section Head at the Johns Hopkins University / Applied Physics Laboratory (JHU/APL) where he is responsible for flight test and patrol prelaunch accuracy evaluation of the US Navy’s Submarine Launched Ballistic Missile Program.

Mr. Milnes is President of PIE3, a member of the Board of the Engineering Society of Baltimore, and K-12 STEM Outreach Chair for American Institute of Aeronautics and Astronautics Mid-Atlantic Section. He earned a B.S. in Applied Mathematics and a B.A. in Ancient Studies at Brown University and an M.S. in Electrical Engineering from Johns Hopkins University. His son Tommy is a former Electrical Lead for the Robo-Lions earned degrees in Arabic and German from McDaniel College, his daughter Coralie is a former Robo-Lions Public Relations Chair and attends Washington College studying Psychology, and his long suffering wife Liz is a Special Education Teacher at Mechanicsville Elementary School in Gamber, Maryland.

Mr. Tom Castelli – Programming / Controls Mentor – is a Senior Software Engineer for AT&T Government Solutions in Columbia, MD.  He has been volunteering as a software and controls mentor for FRC and FTC teams since the 2002 season.  He has also volunteered in various roles at competitions across the FRC, FTC, and FLL programs. 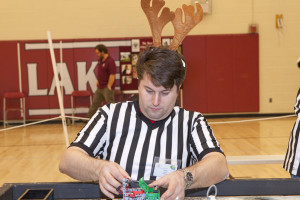